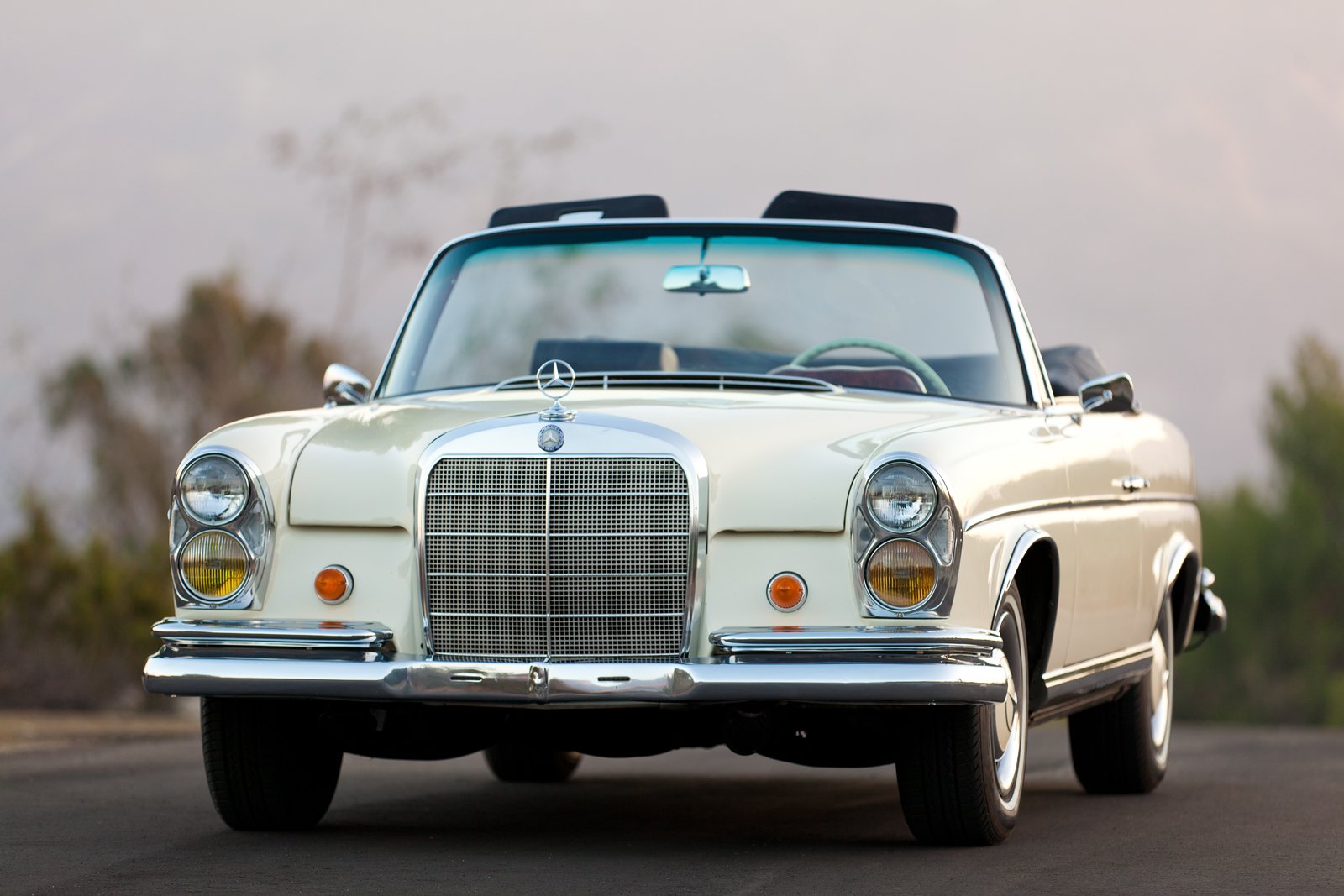 This 300SE cabriolet has 135,580 original miles and is one of only 708 cabriolets built by Mercedes-Benz. It came fully loaded, with a floor-shift automatic transmission, two short center armrests, right side mirror, factory Behr air conditioning, and right side headrest only (as they were often ordered).

The following is a list of the work that was completed over the past 3 years:

• The wood was completely refinished in Burlwood by Madera Concepts in Goleta, California.

• A new black top in German canvas and headliner with new padding was installed.

• The engine and engine bay were looking old and in need of a total restoration mechanically as well as cosmetically, and so when the complete engine and transmission were pulled out of the car to do a valve job, in the process of doing that, all of the water lines and injection lines were sent out for cad plating. All of the aluminum was treated to give it its natural aluminum look and feel. In essence, the engine bay looks just the same way as they came out from the factory.

• The radiator core was replaced with a brand new one.

• The heater core was also redone and heater valve seals freed up and replaced.

• Front suspension was completely taken apart and rebuilt including all new rubber bushings, as well as rebuilt air valves front and rear (suspension stays up for weeks).

All of the power windows work with the exception of the driver's as the switch will need repairing (more than likely a worn out contact).

The chrome is very nice all the way around with the exception of the side window chrome that has some pitting.

Front and rear bumpers are nice and free of dents.

Front and rear lights are in very good shape.

The car has been repainted over the years and the paint is in fair condition (light ivory 670H as shown on data plate).

The black leather interior and carpeting are both original, and are in fair condition.

The body is accident-free and there are no signs of any rust (front or rear).

The car was purchased as a European delivery and includes a letter from Mercedes-Benz to that effect and notifying the Mercedes-Benz dealerships at the time to fully extend its warranty protection.

The books come with its metal I.D. card for dealer work to be done which contains engine # and chassis number (metal I.D card is dated 7/12/67 making this car a 1967 model).

Thank you for your interest! We will get back to you soon. 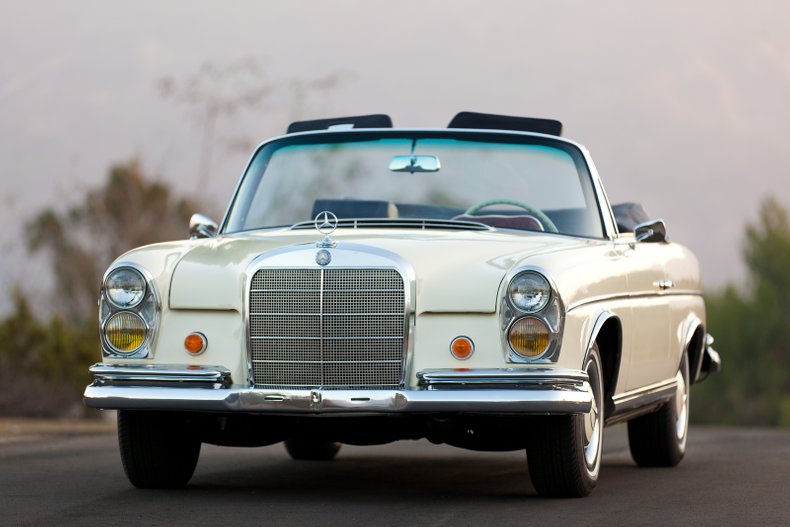 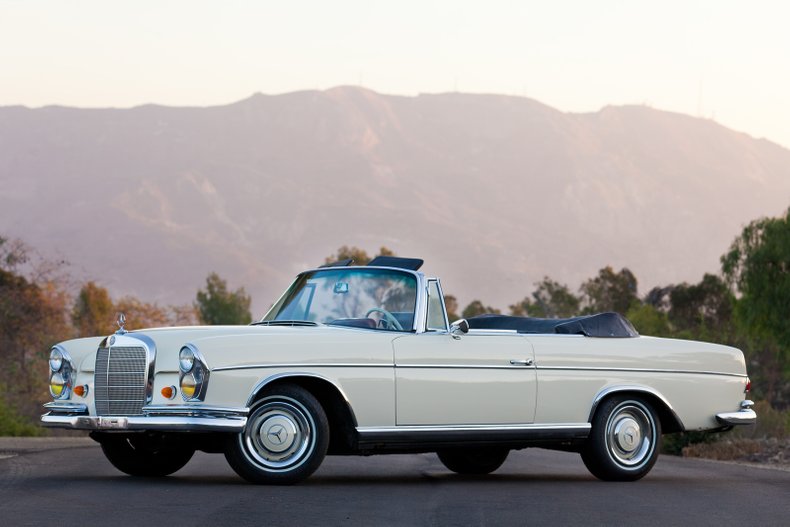 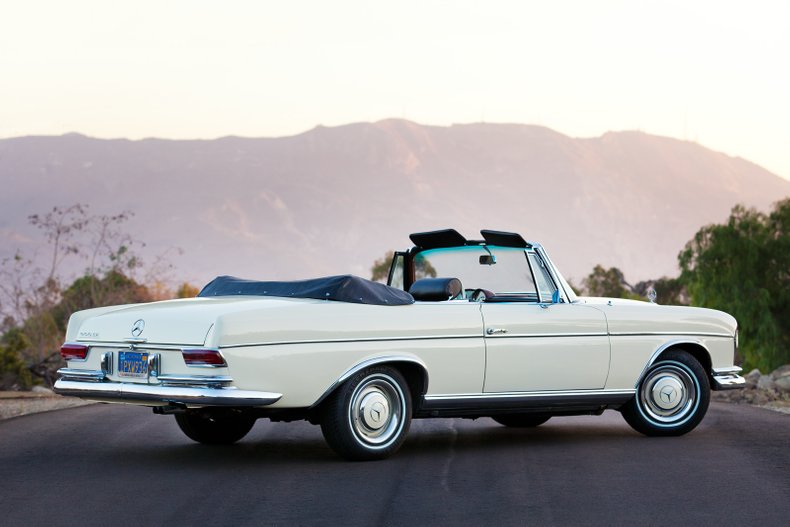 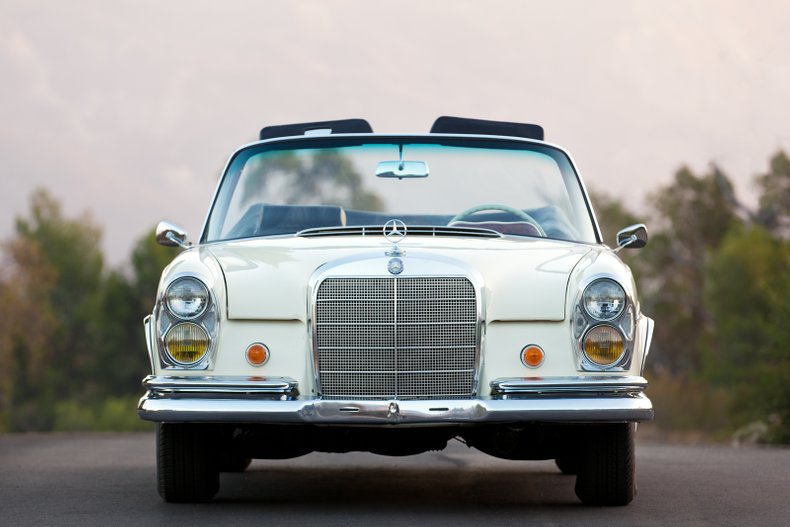